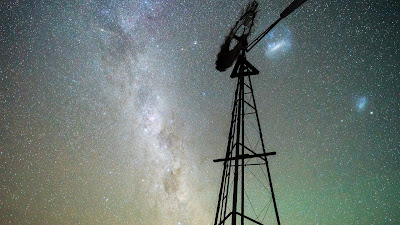 Reducing waste. Making changes. Etc. It all comes down to goals versus systems. Systems versus goals.

Self-improvement can be difficult, but I think this last month made me realise - on a practical level - just how important systems can be. The naming of this little adventure - 'New Me-ism' - pokes fun at how I'm always wanting to change myself, improve who I am, but so often fall back into old habits after having made grandiose statements about becoming a 'new me'.

I personally see 'the reduction of waste' as a vehicle to address a range of interrelated issues around:

Although it's easy to criticise political, social and corporate systems for contributing to environmental damage and subsequent collapse, fundamental change has to begin at home. After all, no one likes a loud hypocrite.

February was a month of rejuvenation for me, a time to focus on getting things rolling and organised. I focused largely on food, because this tends to hit a few areas at once.


A number of things actually worked well, how nice. Generally speaking, food preparation and cooking beyond the current meal was successful. Cheap, nutritious and flavoursome food was actually plenty of fun to make in batches. Around 24 - 30 frozen meals were always continuously available. 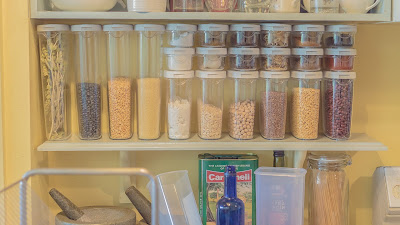 A modular approach was used to create a variety of meals by rotating the carbohydrate, protein and flavour components. This process saved on money and reduced waste significantly.

A protein-rich legume or bean selection was soaked overnight, then combined with a carbohydrate base such as quinoa, couscous, brown rice or jasmine rice.

Cooked alongside various spices, chilli, onion, garlic or ginger, this makes for a wide variety of tasty, filling and easy-to-prepare meals that are nutritious, inexpensive and completely plant-based. How cool! Looks pretty boring, but actually tastes good. 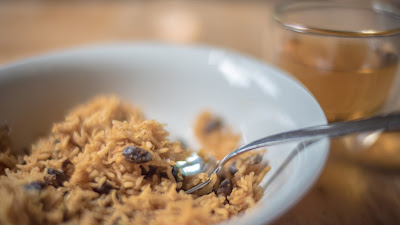 This basic combination of protein with carbs plus flavour was sufficient for lunches, especially at work where convenience and efficiency is key. For dinner, a fresh ingredient or two such as tomatoes, spinach, red onion, corn or cucumber was added along with a little salt and pepper to taste.

Sometimes, on the weekends, I would fry up the base, add nuts and seeds, and then combine with the fresh ingredients afterwards. Food was cooked in batches of 9 - 18 meals at once and then frozen, being thawed and heated as needed. Breakfast mainly consisted of whole oats soaked in water, with fresh fruits and occasionally a little cinnamon. Simple and filling - what more could I want each morning. 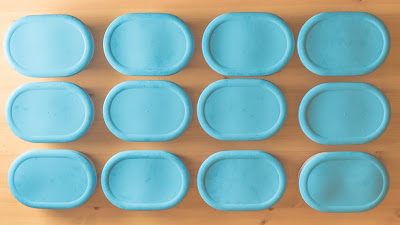 I found that couscous didn't really freeze anywhere near as well as quinoa or rice, so I'll be removing it from rotation. Heirloom tomatoes worked well as a fresh ingredient. I would like to experiment with potatoes as well steamed greens in the next month.

I always find it challenging to get the ratio of fats in relation to carbs and protein correct. This is something that I'll have to work on in March by adding more nuts and seeds as I go.

Throughout February, I almost completely eliminated buying bottled water, and instead took 2 - 3L of water with me every day. This was a big change for me, actually. 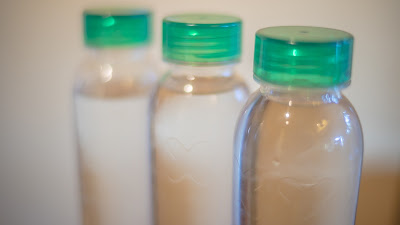 I'm also a huge tea drinker, and fairly big on coffee. I replaced tea bags with loose-leaf tea that I bought in bulk. I also reduced my coffee intake to three times a week or less. 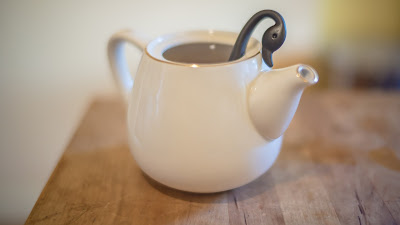 Although I was able to reduce my drinking of alcohol to roughly once per week, I feel like this is not where I would like to be - and I still see this as a vice; as escapism. In a similar way, I was able to slightly reduce my reliance on the car - however, again, I'd like to reduce this by using public transport more.

In these cases, I'd say it's about laziness versus just getting it done. Same goes for eating out at restaurants, which I did maybe once per week or so. I also ate way too much chocolate. My hope is to move to cacao nibs as a potential replacement, when mixed with other ingredients.

This whole last month has reminded me that I'm such a lazy piece of garbage, damn.


Ok, so in terms of the waste I've been generating each day - let's have a look. I held on to all organic and non-organic waste. Besides dockets (which slipped my mind), a Hungry Jacks meal (which I forgot about), a Sumo Salad meal and the paper towels from wiping up a coffee spill, here is all of the daily waste I've accrued this month.

I'm just blown away at the amount soft plastics and paper that's here - I would not have expected that at all.

I'd like to find a way of feeding the cat using different (meat-based and appropriate) food that can be bought in bulk but isn't crap. We'll see if that's something that can be solved in March. 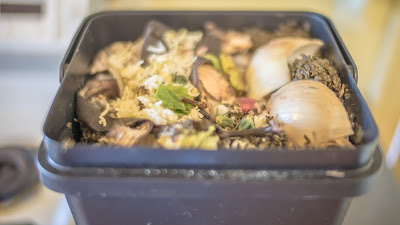 Here's the organic waste. 11 L of compostable material, mainly fruit and vegetable refuse, tea and coffee grinds, and a small amount of food scraps. I'd like to minimise the amount of food that I throw away, but honestly I threw away much less than I anticipated (about three times total).


I hope to refine this process - and the reduction of waste - in March by continuing to go with what works, and discard what doesn't. Less couscous, less booze, less cars; more experimentation with bulk-prepared food, more exercise, more organisation. Should be good.
Posted by Sebastian Tomczak at 12:06 PM

Email ThisBlogThis!Share to TwitterShare to FacebookShare to Pinterest
Labels: Monthly Wrap Up